The elevation above sea level per Google Earth on the coordinates noted above: 806 feet.

Per the United States Census, the population estimate for 2019 for Jamestown was 4,487.

Per the 2010 United States Census, the population of Jamestown was calculated to be 3,382.

Per the 1880 United States Census, the first Census for Jamestown, the population was calculated to be 90.

The home of Dr. Madison Lindsay in Jamestown was the first medical school established in North Carolina. The school was in operation from 1820 until 1830.

The Coffin Medical School at Jamestown was the second medical school established in North Carolina. The school was in operation from 1840 until 1855, under the direction of Dr. Shubal G. Coffin.

Dr. Shubal Coffin’s next home in Jamestown was used for the last meeting of the Confederate government in 1865.

Mendenhall Plantation in Jamestown was a “station” in the “Underground Railroad,” helping escaped slaves flee north to safety.

The Jamestown Friends Meeting House was erected in 1812.

James and Hannah Mendenhall were members of the Religious Society of Friends, also commonly known as Quakers. The Religious Society of Friends was founded in England around the 1640s by George Fox (1624– 1691). Fox and the Quakers, in general, were persecuted for their beliefs which revolved around the belief that the presence of God exists in every human being. Quakers did not have designated or official clergy. Nor do Quakers have elaborate religious ceremonies. However, they did believe in spiritual equality for both sexes. Quakers began arriving in the North American colonies in the mid-1650s, and they eventually played a role in the abolitionist moment.

In 1762, James, Hannah, and their three children, Griffith Mendenhall (1740-1794), Elijah Mendenhall (1749-1781), George Mendenhall (1751-1805), and Hannah Thomas Mendenhall (1757-1800), traveled from Chester, County, Pennsylvania to their land grant that would eventually become known as Jamestown. When they arrived, they constructed a simple cabin and later enlarged this cabin to meet their domestic needs. Newspaper accounts state the chimney of this cabin stood for a long time in High Point Lake like a “lone sentinel.” The lake had engulfed the former Mendenhall homestead.

James Mendenhall named Jamestown as early as 1770. Besides being a very devote Quaker, he was a very hardworking and industrious person. He constructed a grist mill and a sawmill in Jamestown. James turned these operations over to his son George Mendenhall and then moved with his wife to Georgia, where he died in 1782. His widow Judith moved back to Jamestown and lived with her son George and his wife Judith Gardner Mendenhall (1756-1831). The Mendenhall family was very influential in Jamestown’s social, economic, and spiritual development and the surrounding areas.

The Quakers initiated the Manumission Society of North Carolina, and it was dedicated to the abolishment of slavery.

George Cameron Mendenhall represented David Beard of Jamestown, who was brought before the court in Greensboro for harboring and assisting runaway slaves. George Mendenhall did such an able job of defending Beard that courtroom attendees were in tears, and the judge let him off with a reprimand and warning.

Richard Mendenhall (1778-1851), the son of George and Judith and the grandson of James and Hannah constructed a plantation in 1811 that is located across from the entrance to High Point City Lake Park. This plantation home is still standing today.

Dr. Mendenhall returned to Jamestown, and following his deep Quaker beliefs, he was a staunch abolitionist. During the American Civil War (1861-1885), his abolitionist beliefs brought him ridicule, criticism, and hostility from other southerners. There is one story of his barely avoiding being caught with abolitionist pamphlets that could have gotten him hanged or shot during the Civil War.

Jamestown has a rich history. It has always been known as a center for academics and home to intellectuals. The first two medical schools in North Carolina were located in Jamestown, and it was home to a law school as well.

The home of Dr. Madison Lindsay in Jamestown from 1820 to 1830 served as the first medical school in North Carolina, the Lindsay Medical School. Dr. Shubal G. Coffin operated the Coffin Medical School from 1840 until 1855. Dr. Coffin sold his school to Dr. J.L. Robbins, who operated the school under the name “Robbins Medical School.” After Dr. Coffin sold his medical school and home to Dr. Robbins, he built a new home that was used for the last meeting of the Confederate government in 1865 when they met in New Jamestown.

The Telmont Law School was located in Jamestown. This law school was in operation from 1847 until 1850. It was one of the first law schools in the state. The Normal Florence Female Academy was a Jamestown college for women established in 1810 or 1812 around High Point Lake and Deep River Church. It is thought to have been the first college for females in North Carolina.

Dr. Shubal Coffin Medical School in the Coffin House on U.S. 29A

The Process of Working With Us

Request a proposal online or call us directly.

WE WILL REVIEW YOUR CASE

Our team of highly trained professionals will review your case.

We will create a customized management plan for your community.

We will implement a seamless management transition and integrate our tech.

What Our Clients Say 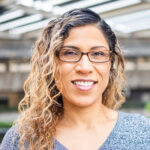 We never lived in an area where they had HOA’s or property management companies before, so this is all new to us. Our experience with William Douglas PMC is kind of limited, but in recent months we have dealt with it more because our subdivision is being turned over to what will be our HOA very soon. I’ve had questions and each time I’ve contacted WDPMC I have received a timely response. 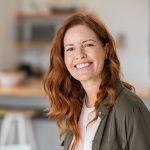 As Treasurer of our HOA, it’s a pleasure to work with William Douglas Property Management. They make our life so much easier! 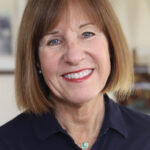 This company has helped save our neighborhood.